Have you ever had a student ace a spelling test, but misspell those same words the very next week?

This happens all too frequently, and the reason may be the focus of spelling instruction.

In traditional spelling, students are given a list of words to practice throughout the week. They’re tested on those words at the end of the week.  The focus is on learning to spell those specific words.

What is Word Study?

The key to word study is focusing on word patterns, rather than memorization of a list of words. When kids learn word patterns, they’re able to construct and deconstruct words based on their parts. They can apply this knowledge to many new words, not only a specific list of words. A spelling list can be used to teach a word pattern, but a student is expected to not only spell the words on the list correctly, but similar words as well.

Because of this, spelling tests aren’t necessarily limited to the words on a given list. They can include new words, as long as they have the focus spelling pattern. For example, if our focus was the digraph sh, the word ‘fish‘ may be on the spelling test, even if it wasn’t brought up during the week.

How to Teach Word Study

Because word study focuses on word patterns, activities may differ from traditional spelling practice. I’ve put together a schedule of what a week of effective word study might look like in your whole-group instruction. Each day builds on the skill in a different way. I’ve named the days to make them easier to remember and kids know what to expect each day.

You can access the schedule, with much more detail, via the link at the bottom of this post. 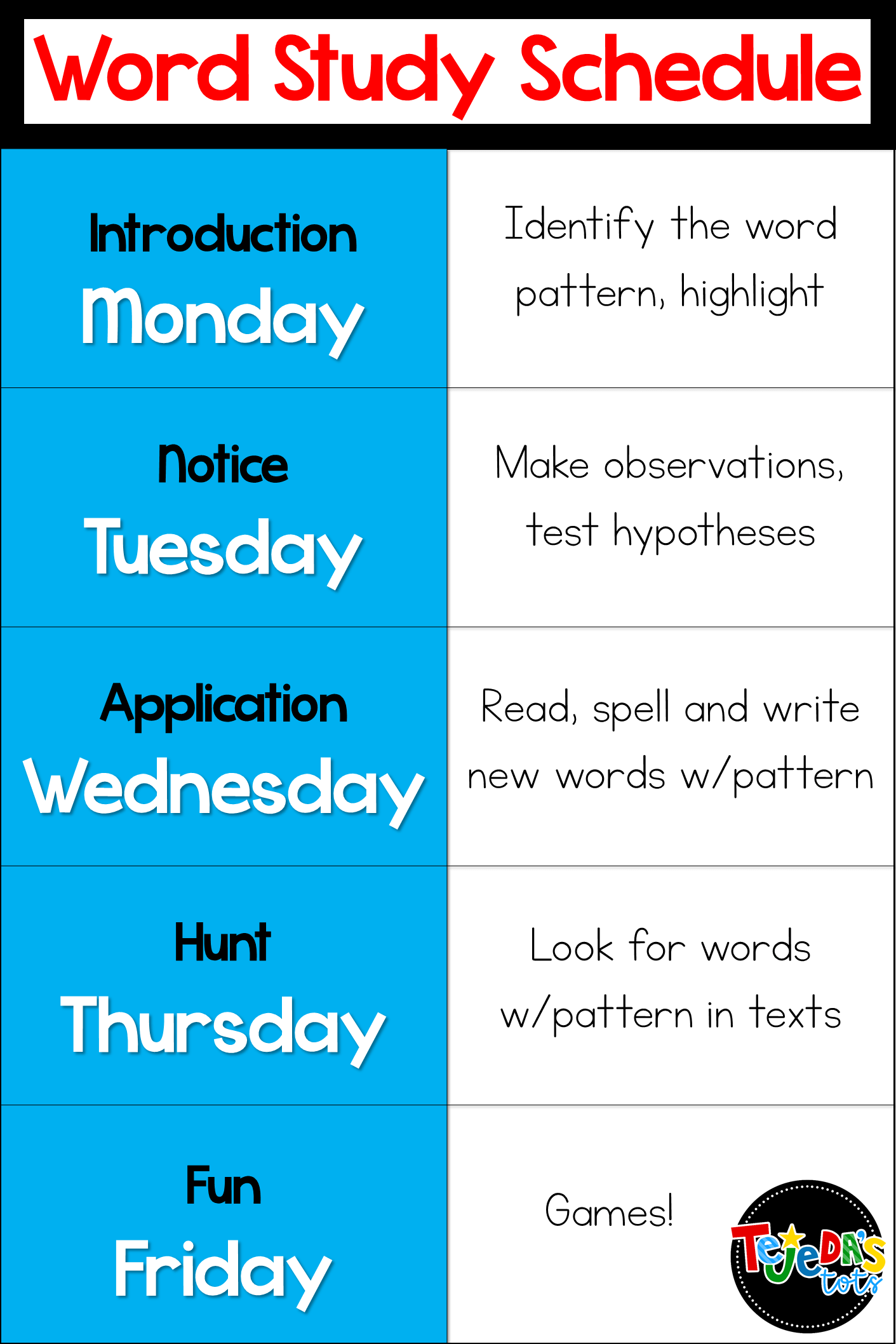 When Does It Take Place?

Besides whole-group instruction, word study can take place during your guided reading session, at your centers or stations, and at other times you pull small groups for strategy instruction. When planning your word study center, provide activities that focus on the pattern.

Here are 5 effective activities to use in your word study center:

Word sorts are a really effective tool for word study because, by nature, they focus on word patterns! However, I found that when given only words to sort, some kids look for the common letters in the words and sort them that way,  without taking the time to read the words. So I created picture sorts where kids have to identify the word and sort by the word pattern they hear, then fill in the word pattern or write the words next to the pictures.

After doing a couple whole-group, these make great independent centers. I teach children to cut and paste the headings across the top of their notebook page(s). Then, they can write in the missing letters, cut 1 picture out at a time, and glue under the corresponding column.

The set shown below is included in this post’s freebie. Get the freebie with picture word sorts, making words, and Spin-a-Word activities all FREE below! You can grab the full set of over 100 word sorts here. 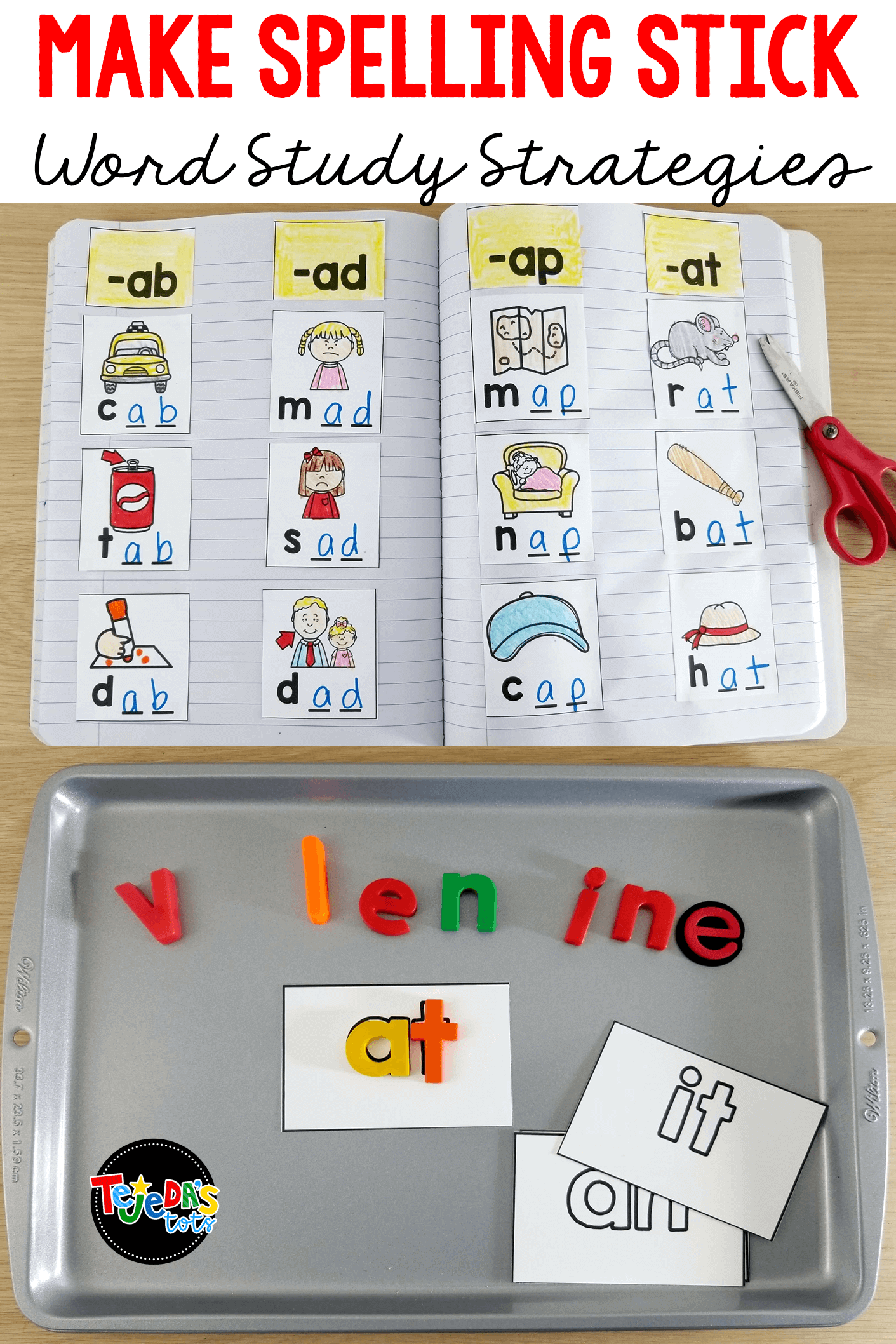 Word study is more effective than traditional spelling because it enables students to transfer spelling skills to new words, not just temporarily memorize a word list. What are your favorite ways to practice word study? Comment below! 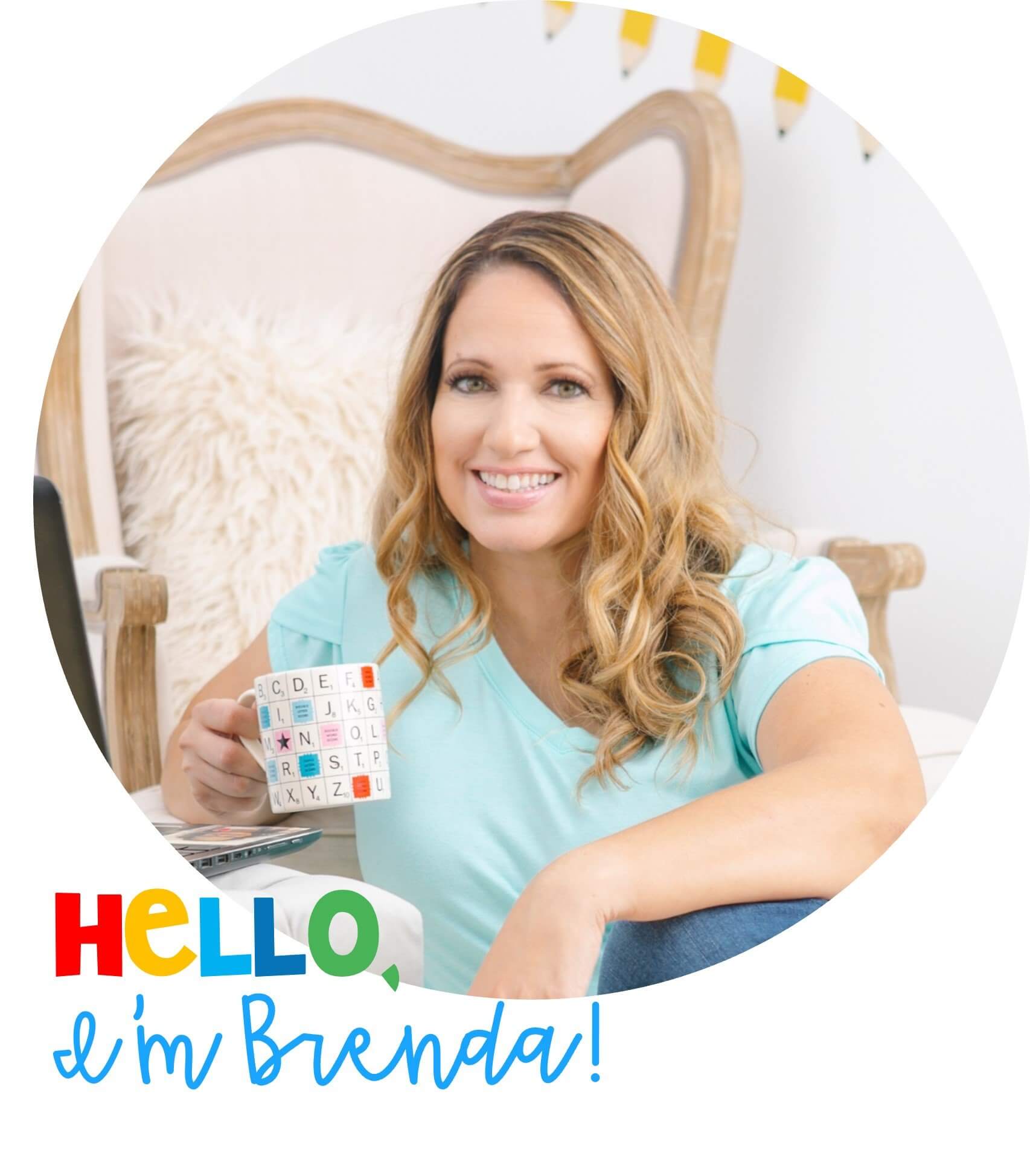