Do your students give up when they approach a long word?

Even if it’s a word they can most likely decode, like rabbit or project, some kids get overwhelmed by word length and don’t even try.

If they’re not taught how to decode these words, they may even start guessing rather than trying.

When kids learn how to break apart words into smaller chunks or syllables, this helps a great deal!

There are 6 syllable types and it is extremely helpful for first graders to at least be exposed to a few. Even kindergartners can learn to divide multi-syllabic words made up of closed syllables! I’ll go over each syllable type and give some tips on how to teach them. Then, grab your FREE posters at the bottom of this post!

what is a syllable and how do you explain it to kids?

A syllable is a part of a word that includes a vowel. If you hold your finger to your chin, every time you say a syllable, you can feel a slight movement. This was hard for me at first, though, so I can imagine it’s hard for some kids to feel the slight movement. So, I like to play syllable games to help kids understand and identify them.

Clapping – practice clapping for and saying each syllable in a list of words together with the entire class. Then, go around the room and have each student clap the syllables in his/her name.

Omission– similar to the children’s song B-I-N-G-O, think of a word and clap the syllables while saying all but one. Kids have to identify the missing syllable. For example, you would clap for each part and say, “te-le-vi-(just clap),” kids would call out “sion”, and together you say “television!” To make it trickier, omit syllables in the beginning and middle of the words too: “un-(just clap)- neath” (underneath).

Riddles- like “I Spy” with an added syllable component. For example, “I spy something in our room that we use to open the door and has 2 syllables (doorknob).”

Breaking down words into syllables makes a word seem less overwhelming, similar to breaking a large job into small tasks. To find how many syllables are in a word, teach kids to look for vowels separated by consonants. Lots of practice “marking up” words while color-coding helps them to be able to do see this better.

We like to “karate chop” a word into its syllables, using our hands to show it. This adds movement, which helps kids retain information, as well as a little fun! I ask kids where they will karate chop that word and they tell me the letters they will separate to read each syllable (two consonants).

“Don’t split up BFFs!” This is a fun saying to teach kids that digraphs should not be separated. Once they learn common blends, you can also tell them these are BFFs when a word has 3 consonants separating vowels (ex: subtract). When words have 3+ consonants between vowels, it’s usually separated after the first consonant.

My Syllable Sammy resource is a great way to introduce syllable division explicitly and has tons of practice activities- both printable and digital.

What happens when there’s only one consonant separating vowels?

If this doesn’t make sense yet, it will when you read the rules of decoding each syllable type below.

The syllable types will dictate how each word is decoded. Below I’ll go over each syllable type and what it means when decoding it. To clarify the codes you see after each type, V=vowel and C=consonant.

Notice these syllables don’t have to have a consonant at the beginning and they can end with more than one consonant.

When a syllable is closed, the vowel makes it short sound.

Here are some examples of multi-syllabic words with closed syllables:

An open syllable ends in a vowel:

go be sky she

When a syllable is open, the vowel makes it long sound.

Also called magic or silent e, this syllable ends in one vowel followed by one consonant and the letter e:

In this syllable, the vowel makes its long sound while the e remains silent. Some like to call it magic e because it has the power to change the vowel sound. You may also hear it called silent e because- well, because it’s silent.

An r-controlled vowel (vowel +r) is a vowel is followed by the letter r, which changes the vowel sound (ar, or, er/ir/ur):

far for her stir

Some call this the Bossy R, because it “bosses” the vowel around. AR is the most common r-controlled vowel, so I help kids remember by saying it’s the “pirate sound.” We cover one eye like a patch and say “arrr” in our best pirate voices whenever we see ar in a word.

This is when you have two vowels together that make one sound:

You may have heard the expression, “When 2 vowels go walking, the first one does the talking,” as well as the controversy behind that rule (it’s not always accurate). While it’s true that it’s only accurate about 50% of the time, it IS the most common way to decode certain vowel teams. Ee, ea, oa, and ai WILL usually make the long sound of the first vowel (goat, team, braid). But, these can also make short sounds or the long sound of the second vowel (bread, great, again, chai) and, in the case of diphthongs, they can make a new sound altogether (boil, launch, found).

I’m a strong believer in teaching kids to be flexible learners and when one rule/strategy/way doesn’t work, they should try another.

So, while I agree that it’s not great to teach that saying as is, I don’t think we need to dismiss it altogether and I think it’s worth mentioning as one strategy (not the rule). I like, “When two vowels go walking, the first one SOMETIMES does the talking,” and emphasize that this isn’t always the case.

Kids absolutely need to be taught each vowel team and diphthong explicitly, though, so that they understand the different pronunciations. And, they need to be reminded that when one rule doesn’t work, they can think of other rules they know. Click here for a comprehensive list of spelling frequencies and generalizations.

A special type of vowel team is a vowel diphthong (yes, I had to check my spelling of that!) Instead of a long or short sound, diphthongs make an altogether new sound:

And, sometimes consonants are included in a diphthong, the most popular ones being w and y:

Some categorize vowel diphthongs as a separate type of syllable, but I view them as being in the same category, since the vowels work together to make one sound.

In this syllable, a consonant is followed by LE. This syllable is only found at the end of a word:

The letter e is silent and the C+ L just sounds like a blend. Notice the vowel can make the long or short sound in these words. Teach kids to divide the syllable just before the consonant +le.

Then, kids need to look at the first syllable. Remind them that if it ends with VC (one vowel+consonant), it’s a closed syllable, which makes the vowel short. If it ends with a vowel, it’s an open syllable and the vowel is long.

Just when you thought you were getting the hang of it, we have weird words! Let’s get nerdy here. . . I know these aren’t really “weird” words, but they are tricky because although they SEEM to have a vowel team, the vowels are actually part of 2 separate syllables!

These words need to be divided between the vowels, not the consonants! Then, the first syllable is open (long sound) and the second syllable is closed (short sound).

Is your head spinning yet?

In my Guided Reading Warm-ups for levels HIJ, I include plenty of practice with identifying syllable types, dividing syllables, and decoding words.

Click here to read more about my Guided Reading Warm-ups.

In a nutshell, here are the steps to divide a word into its syllables and read it:

Of course, there are exceptions and even knowing the syllable types and rules will not result in accurate decoding. A little tip I give kids is to use their “brain-machine” to figure out words that don’t follow the rules. If they sound out a word but it doesn’t make sense, they can ask themselves if it’s close to another word they know. For example, when decoding the word contain, one would make the short o sound, which sounds odd but is very close to the correct pronunciation of the word. Usually, this happens when a vowel has a schwa sound. I tell kids our brain is like a machine and (using a robot voice) it says, “I don’t know this word but it sounds like —-.”

So, although there will be exceptions, they’re just that- exceptions- and kids will be able to apply these rules to most words!

It’s a lot to remember, so I made you these posters to use as a reference in your classroom! 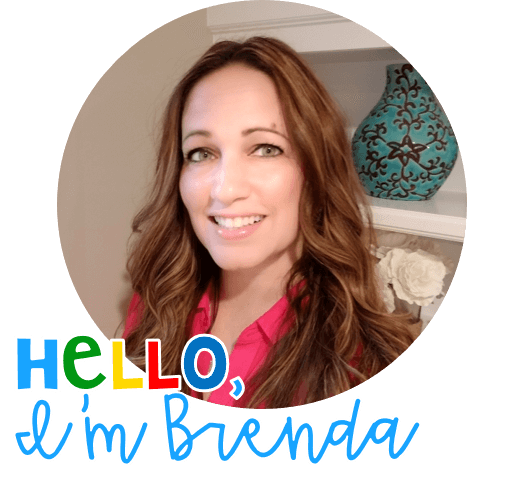